We own nothing. How can we when we don’t own Mother Earth? Some world leaders would like to think that they do but no one person or nation can own the Earth just as no nation or people can own the ocean or the sky. Everything we have comes from the raw materials from the Earth: our food, clothing, shelter, water and the other things that make our life “better, easier, or richer.” Remember physical money like dollar bills and coins? We created those from what Mother Earth gives us. The gold that at least at one time backed our paper money came from mining the Earth.

Just as we don’t own our parents, we don’t own Mother Earth. Try as we may, we can’t buy her. She is not for sale. We just borrow her for a time just like every generation before us. We either don’t believe this or forget that there is another generation coming that will need Mother Earth as much as we did. The Native Americans always consider the next seven generations before making any major decision. They respect our Mother Earth and give thanks to her. They treat her as they treat their own mother. Western society exploits her like a commodity, regards her as something to be divided and conquered, uses and abuses her, and then treats her like a great big garbage bin. The truth is, Mother Earth is a living being. Would you treat any other living being this way?

The problem is, we thought we could divide the Earth and sell her to the highest bidder. Owning land equates to wealth. The only way we can divide her is by creating boundaries. By creating land boundaries, we started to separate ourselves. Soon villages emerged, then cities, counties and countries. Land became more and more valuable. But we don’t own the Earth.

As the unequal amassing of land began, power and greed took hold. Those who had less wanted more. Fighting soon broke out over land. Funny thing is, we are still fighting over who owns a plot of land or for that matter, a country.

We fight like little children. “That’s mine. No, it isn’t its mine! I want it back!” So, we use Mother Earth to make weapons that will destroy those that have the land we want. Only the weapons we make will not only destroy our enemies, they can also destroy ourselves and the Earth. We still haven’t figured out that this planet is our home. Divided or not, we live on this one Earth. How we haven’t realized that yet still perplexes me. 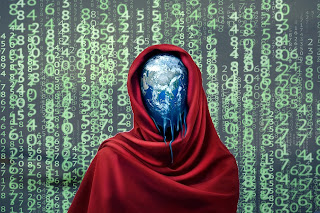 Even if we don’t destroy the Earth with nuclear weapons, we are still causing her slow death. We have taken her resources without asking. We pollute her air, water, and soil. We use her like we use a whore only we don’t pay Mother Earth for what she has given us. We just have our way with her so we can satisfy our current cravings with no thought about her, her future, or ours. Funny thing is, we can’t live without her. Now, it may be too late.

We may be entering a time of water wars. Just look at what is happening in the American West with the Colorado River Basin, Lake Powell, and Lake Mead drying up? What happens when there is not enough water to grow crops? To quench our thirst? To cool down nuclear reactors? Other areas of the world may experience the opposite with catastrophic flooding that also affects crops. South Africa and South America are currently experiencing severe flooding. Are we approaching a point where we slowly starve ourselves?

What we need is a shift in consciousness and now! The Hopi said that when the mind and heart become separated and are no longer one, Mother Earth would heal herself through catastrophic change. We have been living through our minds alone and not our hearts. We forgot how to care for Mother Earth and each other. Greed is valued over compassion and love for all things.

The great religious traditions teach that love is the way and that the only way we can reach enlightenment is through the heart. What the world needs now is love and leaders who value love and compassion over greed and corruption.

Remember, we own nothing. Everything on this beautiful planet was meant to be shared in peace, harmony, gratitude, and love.